Can Science Be Trusted?

Marcus Aurelius was a Stoic philosopher and the last of Rome’s Five Good Emperors.  He reigned from 161 to 180 and is known for his Meditations, a philosophical treatise in which he wrote, “Everything we hear is an opinion, not a fact.  Everything we see is a perspective, not the truth.”  Science as we know it was in its infancy during his time, but he understood the foundations of science and its ability to enlighten us as much as anyone before or since.  He said, “Nothing has such power to broaden the mind as the ability to investigate systematically and truly all that comes under thy observation in life.” 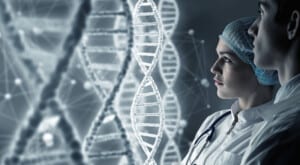 Science is an iterative process for discovering the truth about nature

I was reminded of that statement during a 2018 trip in which I met a man who said that science couldn’t be trusted because “what they believed a hundred years ago is not true today.”  I pointed out to him that Copernicus discovered—in 1543—that the sun is the center of our solar system.  His heliocentric model of the solar system is indisputably true and has stood the test of time.  In 1600, William Gilbert discovered the Earth’s magnetic field, which was true then and remains true now.  In 1675, Anton van Leeuwenhoek discovered microorganisms in pond water.  That was as true then as it is today, although today we know much, much more about microorganisms thanks to centuries of scientific progress.  The mercury barometer was invented in 1643, the speed of light measured in 1676, the electric battery created in 1800, anesthesia discovered in 1846, x-ray in 1895, and so on.

In point of fact, much of what scientists discovered prior to 1918 was truthful then and is truthful now.  This is not to say that science doesn’t continually refine what we think to be true or discover new truths that alter our understanding of the world in which we live.  Scientists are driven by insatiable curiosity and are motivated to discover the truth.  In science, only truth matters—real truth, discoverable truth, replicable truth.  Not myths or fantasies or propaganda, not opinions or biases or clever misdirections.  Just the truth.  Because only in the truth about what things are and how they work can you build automobiles that run for a hundred thousand miles or more, and televisions that deliver crisp, color images time after time, or computers that store billions of bytes of information and calculate far faster and more reliably than human beings, or medicines can cure illnesses, or machines that can make other machines, or build and launch spacecraft that land men on the moon.  Science is the foundation of modern life, not religion or political persuasion or the lies we tell ourselves to justify our beliefs.

Does science ever get it wrong?  Of course, because science is a never-ending process of experimentation, observation, and theory.  Scientists are constantly testing what they think they know and are open to re-discovering truth when their earlier theories or incomplete observations demonstrate that what they believed to be true wasn’t true.  But with each iteration of observation and discovery, they either confirm what is thought to be true or correct it.

An experiment is a question which science posts to Nature, and a measurement is the recording of Nature’s answer.

To say that science can’t be trusted because what scientists believe to be true today may not be true tomorrow is to miss the whole point of science—which is to continually improve upon our knowledge of the universe by constantly challenging what we think.  Knowledge evolves because our observations keep getting better, because our methods improve, and because we build upon both the successes and mistakes of the past.  Scottish chemist William Ramsay, who discovered the noble gases and was awarded the Nobel Prize in Chemistry in 1904, said, “Progress is made by trial and failure; the failures are generally a hundred times more numerous than the successes; yet they are usually left unchronicled.” 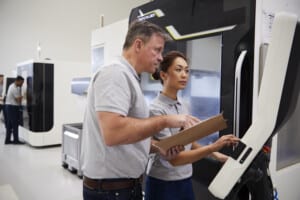 What distinguishes science from religion is that in science truth is objective.  It is subject to verification and correction if further observations, experiments, and measurements prove that something initially thought to be true isn’t.  But in religion, truth is highly subjective—it is based on religious texts (most of which differ from each other and are often contradictory), myths and beliefs passed down through generations that cannot be verified, and the teachings of shamans or other so-called holy people (some of whom drive Mercedes and live in mansions while preaching humility and sacrifice).

This is not to say that religion has no role in people’s lives.  Albert Einstein said that “science without religion is lame and religion without science is blind.”  For many people, religion offers a solace that cannot be found in objective fact, but it is foolish to substitute religious “truth” for empirical, scientific truth, just as no amount of prayer will repair a broken automobile if what you need is a new fuel injector.

If groups of people have faith in a deity and worship that deity because it brings them comfort or salvation or a path to an afterlife, more power to them—as long as they don’t force their beliefs on people who don’t share their faith or kill others in the name of their religion.  Reflecting on the tragedy of 911, American physicist and religious skeptic Victor Stenger once noted that, “Science flies you to the moon.  Religion flies you into buildings.”  I am not suggesting that religious belief is always as evil as the insanity that led the 911 hijackers to kill thousands of innocent people, but religious belief clearly is that evil sometimes.  The Inquisition, the Salem witch trials, the depredations of ISIS, and other mass religious-based killings through history prove that religion, no matter how honorably conceived, is capable of horrific deeds.  Science is not blameless either in the harmful treatment of human beings.  After all, scientists created Zyklon B, the gas the Nazis used to exterminate Jews, and atomic bombs, which destroyed Hiroshima and Nagasaki and pose an unending threat today.

That science is capable of creating instruments of destruction is evidence that science is amoral—and the definition of that word is important.  Something that is amoral is neither moral nor immoral; it is unaware of or indifferent to questions of right or wrong.  Science is the search for truth and understanding, and that understanding can create escalators as well as poison gas.  It’s up to us to make wise and moral decisions about how to use science and technology, just as it is up to us to use religious belief for good rather than evil.

American statesman and President John Adams said, “Facts are stubborn things; and whatever may be our wishes, our inclinations, or the dictates of our passions, they cannot alter the state of facts and evidence.”  His observation reminds me of a story I read as a teenager.  A man was cursed by a voodoo priest, and he asked his friend if he should be worried about it.  His friend asked if the man believed in voodoo.  The man said he wasn’t sure, and his friend replied, “If voodoo is not real, then nothing will happen.  If voodoo is real, then it won’t matter whether you believe in it or not.” 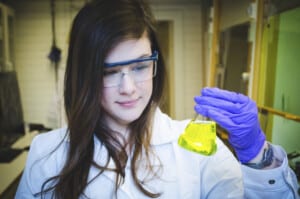 Science is about observation and experimentation. They provide the insights into nature’s secrets.

So it is with science.  The reality of existence, which we know through scientific truth, is verifiable and immutable.  Truth doesn’t care whether you believe in it or not.  The truth is the truth as much as we can discover it through observation, experimentation, measurement, and rational understanding.  Can you trust it?  Can you trust science?  Yes, as much as you can trust your toaster (which is an artifact of scientific discovery) or your Velcro fastener (another scientific artifact), or the fact that the Earth is round and revolves around the Sun.  As Neil deGrasse Tyson says, “The good thing about science is that it’s true whether or not you believe in it.”  Remind yourself of that the next time you turn on your radio and hear music.

I’m going to close with one more quote about science, this one from Galileo.  He said, “In questions of science, the authority of a thousand is not worth the humble reasoning of a single individual.”  He may have been talking about himself, inasmuch as he was threatened with death by the church for discoveries that violated church dogma.  Ultimately, it doesn’t matter what hundreds, or thousands, or even millions of people believe.  If those beliefs are wrong, and can be proven wrong through scientific discovery, then the truth will prevail.  It will prevail because dogma is not verifiable, and when the winds of change wear thin the veil of superstition and myth, the truth will remain and will eventually be acknowledged and accepted, even by hosts of doubters who wished it were not true because it violates their convictions.