The Third Law of Influence

Influence is often a process rather than an event

In Elements of Influence, I note that you may not be able to influence people the first time and in the first way you approach them.  Influence is often a process rather than an event.  For many reasons, people may no

t initially be receptive to you the first time you ask for something or try to persuade them of something.  So you can either persist, wait until later and try again, or try another influence technique (e.g., instead of giving them logical reasons for your request try appealing to their values).

One of the key skills in influencing others is being able to read them well enough to know how they are responding to your influence attempt and, if they’re not receptive, whether they might be more receptive later.  Sometimes the cues are obvious.  You try to persuade a man to do something and he 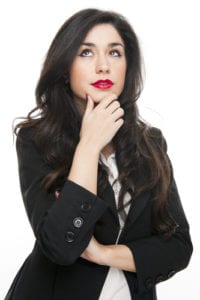 says, “I don’t know.  Let me think about it,” signaling that he may be agreeable after giving it more thought.  Or you try to influence a woman to support your position on a topic and she asks for more information, signaling that she doesn’t know enough yet to feel comfortable agreeing with you.  Other times, the cues are not so obvious, or the person appears to agree with you but you sense hesitation or discomfort in his body language or facial expression.

Being able to read people’s reactions and knowing how to follow up is an invaluable skill, and it can take years of interactions with people to develop.  We start learning this skill at birth when we discern how our parents respond to our cries.  We develop the skill further through thousands of interactions with peers in school.  Those of us who are most adept at reading others are highly empathetic and skilled at interpreting nonverbal cues.  They can tell the difference between an intractable “no” and a “no” that really means “maybe later” or “give me time to think about it.”

Whether or not you are highly skilled at reading others, it’s wise to remember that an initial attempt to influence someone may not succeed for a variety of reasons and that influence is often a process rather than an event.  If winning this person over is important to you, then persist, maybe not right away but over time.  Try to understand why they said “no” initially or were not persuaded, and try again later, perhaps with a different argument, more facts, or an approach that appeals to 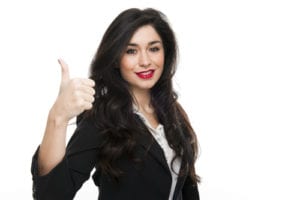 their values.  Try to understand why they said “no,” and switch to another influence technique that they may find more compelling.

One important caveat is not to pester them or persist so much that you create resistance.  If you annoy people, they may say “no” just to thwart you, even if it’s in their best interests to agree or comply with your request.  Resistance can be difficult or impossible to overcome, so if you see someone becoming defensive or irritated, back off and allow them time to return to a more agreeable frame of mind.