The Second Law of Influence

In Elements of Influence, I note that people will not say yes or be influenced unless the situation and environment are conducive to them saying yes.  Agreement is built on the foundations of latitude, interests, and disposition.  By this, I mean that the person you want to influence must have the latitude to say yes, that your request or direction should not be contrary to the person’s interests and values, and that the person must be disposed to say yes to you.

Of these foundations of agreement, latitude is most important.  Is the person able to say yes?  Can the person agree if he or she wants to? 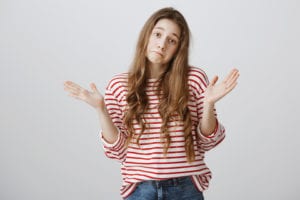 Why wouldn’t people have the latitude to be influenced?  Maybe they don’t have the authority to say yes or the authority to buy whatever you’re selling because of their roles.  Or they may already have committed to another course of action and need to honor that commitment or believe that an authority figure in their life (a parent, teacher, or boss) would not approve.  Or, like offering a cocktail to a recovering alcoholic, you may be asking them to do something they’ve vowed not to.  So a first question to ask yourself is this:  Does this person have the latitude to say yes?

If not, you’re trying to influence the wrong person.  Or this is not the right time (maybe they’ll have more latitude later).  Or maybe this influence attempt with this person will not ever succeed.

You will meet with resistance if you try to persuade people to do something that is not in their best interests or is inimical to their values or beliefs.  So you need to understand what is important to them and avoid directly confronting their values.  Does this mean that you can never get people to deviate from their values or beliefs, however slightly?  No, but experience shows that you must approach them carefully and must not directly confront, deny, or invalidate their belief system.  You are likely to fail if you try to influence people to deviate from their deeply held values and beliefs and if what you are asking is not in their best interests. 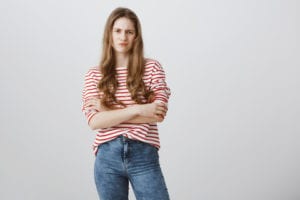 Finally, people may not respond to an influence attempt simply because they are not in the right frame of mind.  Some people may not be cooperative because they are distracted, busy, or secretive by nature or profession.  Sometimes, the people you are trying to influence may be uncooperative because they fear you, are suspicious of you, or don’t like who you are or what you represent.  Or they may be prejudiced against you for some reason, and you may never know why.  All these factors can raise their resistance and lower their receptivity.  For people to consent to your influence attempt, they must be disposed to be cooperative.

An easy way to gauge how responsive someone might be to an influence attempt is to use this simple test:  Ask yourself, Why would this person say yes or no?  Asking this question puts you in the other person’s shoes.  It forces you to see the situation from their perspective.  Assume that you want to ask a friend to donate money to a college scholarship fund, and what you’re asking for would be a sizable donation for her or him.  Why would the person say yes or no?

(excerpted from Terry R. Bacon, Elements of Influence:  The Art of Getting Others to Follow Your Lead, AMACOM Books, 2011)