I have always been a science geek and lover of science fiction.  In my teenage years, I traveled to many faraway planets in my imagination and was convinced that we are not alone in the universe.  I’m still convinced.  The universe is too vast and Earth is not special enough for this to be the only planet where life emerged among trillions of planets in billions of galaxies.  Simple math indicates that there must be a vast number of habitable planets where life evolved and no doubt exists in forms even our most creative science fiction writers have not dreamed of.

That said, I am less excited than I might be about the recent discovery of an Earth-like planet a mere 490 light years away from us.  Kepler 186f is estimated to be about ten percent larger than Earth and to orbit in the “Goldilocks zone” around its star.  This is the habitable zone around a star, where temperatures on the planet would permit liquid water to exist, and water is a prerequisite for the formation of life as we know it.  The composition of Kepler 186f is unknown, but scientists say that it is probably a rocky planet like ours.  Further studies are needed to determine whether it has an atmosphere, which would protect any living beings on it from deadly radiation. 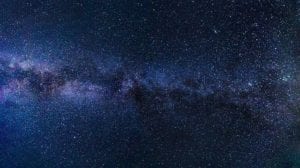 It is tantalizing to imagine discovering life on another planet and sending astronauts to make contact, but the reality of space exploration beyond our solar system makes this prospect not only unlikely but positively inconceivable.  But let’s pretend for a moment that we could build a spaceship capable of making the trip and that we had discovered the technology required to sustain human life for centuries of space travel—because that’s what it would take.  We would have to build a craft capable of making or recycling air, water, and food; of enabling repairs; of eliminating or recycling waste; of making or renewing energy and fuel; of finding, mining, and refining raw materials and other resources needed for a long journey; and of doing everything else necessary to support a trip of truly cosmic proportions.

As Einstein discovered, nothing can travel faster than the speed of light (186,282 miles per second), which means that it would take 490 years to travel from Earth to Kepler 186f—if our spaceship could travel at the speed of light, which is impossible, because things traveling at that speed would have infinite mass.  Worse, it would take an infinite amount of energy to reach that speed.  Nonetheless, let’s assume that we could travel at the speed of light to Kepler 186f.  Further, let’s assume that our astronauts spend 490 years getting to the planet, 1 year exploring (making friends, learning the language, sampling the cuisine; taking selfies), and then another 490 years returning to Earth to tell us about it.

Actually, it’s a bit more complicated than that because, compared to us on slow-moving Earth, time would speed up for our brave astronauts while they were traveling at light speed.  They would 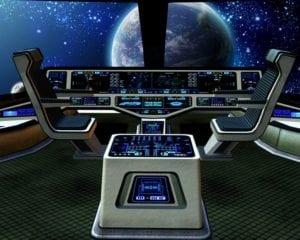 not age as quickly as those of us who remained on terra firma.  Then there’s the problem of normal human aging.  In each century on Earth there are on average about four generations of people, so on this 1,000-year-long journey there would have been forty generations of humans who were born, educated, lived, worked, procreated, complained, and died on our spaceship.  Whoever returned to Earth from Kepler 186f would not recognize the Earth they returned to or any people alive at that time (and vice versa).  It would be like us traveling back to the year 1015 and trying to discuss science and technology, world affairs, the heartbreak of psoriasis, and the price of eggs with people still mired in the Middle Ages.

But maybe, a sci-fi enthusiast would argue, maybe we can figure out how to travel faster than the speed of light.  Dream on.  Warp speed ala Star Trek is not possible.  Or it might be more accurate to say it doesn’t appear to be possible because no one in the Milky Way galaxy seems to have done it—or at least if they have they haven’t visited Earth.  UFO advocates aside, we really don’t have solid, irrefutable proof that aliens have landed here (and, no, Steven Spielberg’s movies don’t count).  You might be from Roswell, New Mexico, and be confident that aliens have visited Earth, but I would ask where is the space alien museum with irrefutable evidence of alien visitation?  Where’s the government agency responsible for extraterrestrial affairs?  Where are the websites for bona fide aliens?  There are some truly odd people on Facebook, but I would venture that all of them were born on Earth (sad to say).

It is amusing to believe that all things are possible, but if they were why haven’t we seen evidence of it?  Someone once asked British physicist Stephen Hawking about the possibility of time travel, and he famously replied:  “I have experimental evidence that time travel is not possible.  I gave a party for time-travelers, but I didn’t send out the invitations until after the party.  I sat there a long time, but no one came.”

There’s another problem with traveling to Kepler 186f.  Even if it were possible to do it, we couldn’t be sure that when we arrived life on that planet would be at a stage where anything more than boring observation from afar would be possible.  We probably couldn’t trade phone numbers or recipes.  Homo sapiens have existed on Earth in a form we would recognize for, let’s say, 100,000 years, but the Earth has existed for 4.54 billion years.  And only in the past 150 years or so have we invented such primitive technology as radio.  We didn’t invent more advanced technology until the past 50 years or so.  That’s a really short period of time, like an eye blink, given the immensity of time in which the Earth has existed. 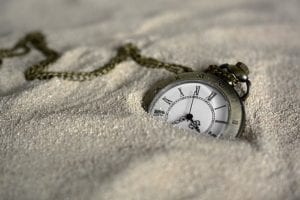 What this suggests is that for us to observe life on Kepler 186f that could communicate with us, we would have to arrive at precisely the right moment in that planet’s evolution.  If there’s life on Kepler 186f, it may have started millions of years before or after life on Earth did.  We might arrive at Kepler 186f and find the equivalent of dinosaurs or green algae soup or swamp gas illuminated by tiny glowing insects.  Or we might discover a primordial sea filled with disconnected protein fragments.  On the other hand, we might discover a world teeming with life so advanced we can’t comprehend it—or paranoid beings who see us coming and blow our spaceship out of the sky before we have a chance to say hello.

This is why the discovery of Kepler 186f leaves me feeling lonely in the cosmos.  I wish it weren’t so, but even the most tantalizing evidence of the potential for life elsewhere in our galaxy is something we may never be able to confirm, much less explore.  So I am left with the belief that the universe is probably teeming with life, but I’ll never be able to invite E.T. over for dinner and find out what life is like on his/her/its planet.  Darn.   Imagine what a fascinating conversation that would be.