Humanity Too: A Continuing Global Journey by Jim Foster

September 3, 2020 / Terry Bacon / Comments Off on Humanity Too: A Continuing Global Journey by Jim Foster

If you have subscribed to National Geographic magazine–or glanced through it in a doctor’s office while waiting for an appointment–then you’ve seen pictures of the seemingly infinite variety of human beings around our planet:  from Masai herders on the plains of Kenya to dancers at the temples in Angkor Wat and from Russian peasants celebrating a wedding in traditional clothing to novitiate monks at prayer in Myanmar.  Such photos remind us of the majestic, multicultural world we inhabit and of the fascinating differences that define us as well as the common humanity we share.  But what many of us glimpsed in National Geographic, Durangoan Jim Foster has experienced.  He has been an avid world traveler for much of his life and has captured life on Earth through his lens.  This photo journey, the second of two parts, presents more of his photos of people around the world. 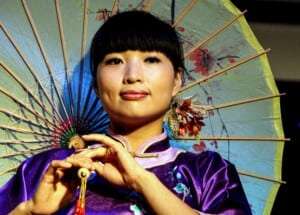 A Chinese performer on a Yangtze riverboat

A beautiful Chinese performer twirls her umbrella as part of a show on a Yangtze River riverboat.  She reflects a rich cultural tradition where politics fades behind grace, beauty, charm, and the elegance of movement. 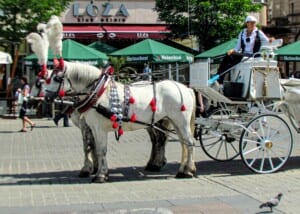 In a market square in Krakow, Poland, the driver of a horse-drawn carriage waits for passengers.  This taxi’s journey is not only through space but also through time. 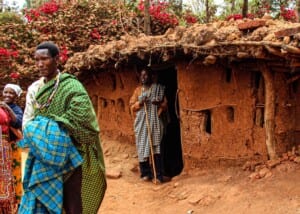 A mud house in rural Tanzania with its many small openings serving as vents and windows. 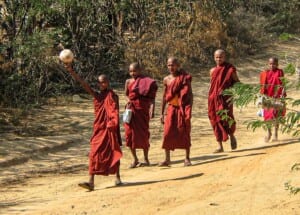 Five young monks returning to the monastery in Bagan, Myanmar

Five young monks in saffron robes return to their monastery, their leader hefting a soccer ball.  They can’t devote all their times to meditation and prayer. 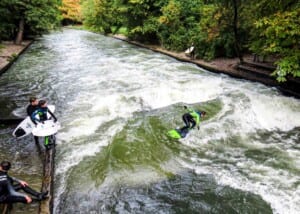 Young men surfing on a river in Munich, Germany

A young man catches a wave in one of Munich’s favorite parks.  River wave surfing is an option when you live so far from an ocean. 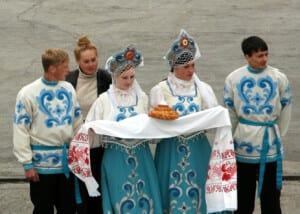 Young Russians in traditional dress greet visitors with a loaf of bread topped with salt.  Their greeting, “Khleb da sol,” symbolizes prosperity and health.  In old Russia, members of a household would wear their best clothing and lay a feast for important visitors. 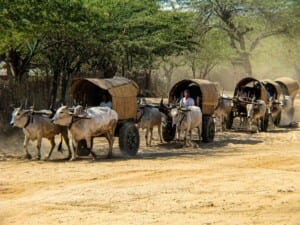 Villagers return from a market in rural Myanmar

A parade of ox-drawn carts in rural Myanmar.  Villagers are returning from the marketplace having tried to sell their wares and make enough money to provide for their families. 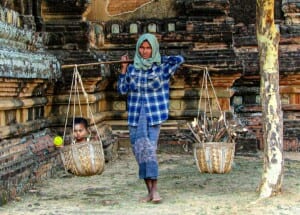 A young mother in Myanmar carrying her child and firewood

This young mother in Myanmar has figured out how to manage child care while bringing firewood home from the market. 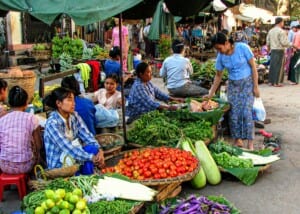 This produce market in Bagan, Myanmar, is like  farmers market in America except that this is a daily chore for these Burmese farmers–and for their customers, who, living in homes with no refrigeration, must shop for fresh food every day. 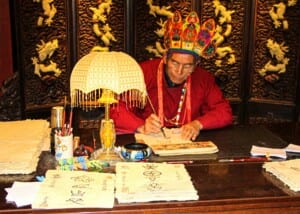 Another of Shaman With Calligraphy at Dongba Museum

A Chinese shaman wearing a traditional headdress practices calligraphy at the Dongba Museum in western China.  His art requires patience, steady hands, and decades of practice. 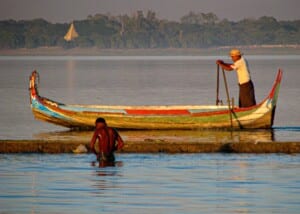 A fisherman baths in the Irrawaddy River in Myanmar

A fisherman on the Irrawaddy River in Myanmar takes time out for a bath. 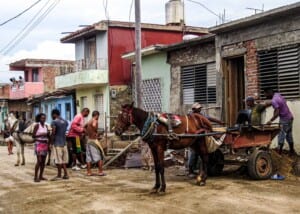 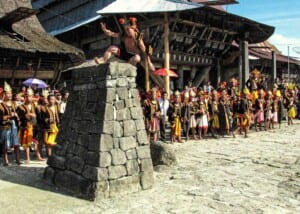 While villagers look on, a Sumatran man leaps onto a stone pillar to become a warrior.  In yesteryear, warriors stole women from other tribes.  Now they steal pigs. 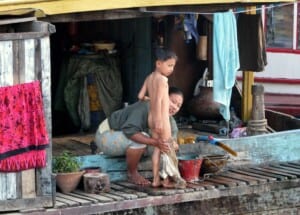 Mother bathing her child in the Irrawaddy R

A mother baths her child in the Irrawaddy River in Myanmar. 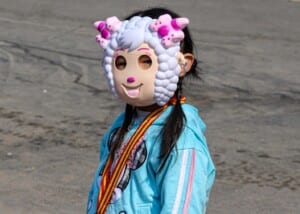 A girl in Tiananmen Square in Beijing wears a colorful mask in celebration of Chinese Labor Day. 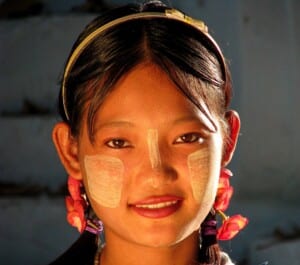 Thanaka is the traditional Burmese way of beauty.  A white-yellowish paint made from the bark of the Murraya tree is applied to the face (and sometimes arms and legs).  Along with its cosmetic function, Thanaka acts as a sunscreen, and it smells like sandalwood.