A Letter to the West Point Class of 2020

I am a graduate of the United States Military Academy at West Point, Class of 1969.  A group of my fellow graduates published the following letter on June 11, 2020.  It is intended for the 2020 graduating class at West Point, but the sentiments expressed are relevant to all Americans, particularly those who have been shocked and ashamed at the behavior of our president and his loyal supporters in response to the murder of George Floyd in Minneapolis and the threatened and actual use of the American military against peaceful protesters in the weeks following Floyd’s death. 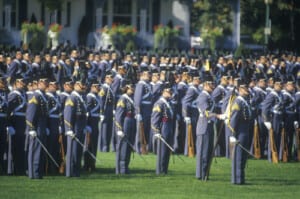 West Point graduates swear an oath to defend the Constitution

When we graduated from West Point and were commissioned in the United States Army or one of its fellow services, we took an oath to defend the nation and the Constitution.  The vast majority of our fellow graduates adhere to that oath, even after we have left the service and after a number of us have retired.  But Michael Flynn and Mike Pompeo are disgraceful examples of West Point graduates who have violated that oath and given their loyalty to a president who lacks common decency, lies habitually, and views himself as a dictator who can use the American Army against American citizens.  I join my fellow graduates who wrote the letter below in condemning those who prize loyalty over fidelity to the Constitution and in praying that these new graduates will remain faithful to the oath they are taking.

Fortunately, some senior past and present military leaders are finally expressing their outrage and concern over Donald Trump’s behavior and his abject failure of moral and ethical leadership. Four-Star Generals Colin Powell, James Mattis, John Kelly, Richard Myers, Martin Dempsey, and John Allen, along with Admirals Mike Mullen, William McRaven, and James Stavridis, among others, have recently spoken out against Trump.  Mattis called him a threat to the Constitution.  The latest military leader to speak up is the currently serving Chairman of the Joint Chiefs of Staff, General Mark Milley.

General Mark Milley said today that he regrets joining Trump in his walk to St. John’s Church, where Trump cynically held up a Bible in an appeal to his base, and in which hundreds of peaceful protesters were routed with teargas and rubble bullets so Trump and his entourage could walk to the church.  General Milley said, “As senior leaders, everything you do will be closely watched.  And I am not immune.  As many of you saw, the result of the photograph of me at Lafayette Square last week.  That sparked a national debate about the role of the military in civil society.  I should not have been there.  My presence in that moment and in that environment created a perception of the military involved in domestic politics.  As a commissioned uniformed officer, it was a mistake that I have learned from, and I sincerely hope we all can learn from it.” 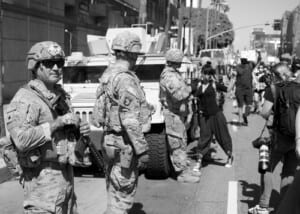 I encourage you to read the letter below.  It embodies the true spirit of service to the nation and fidelity to the United States Constitution.  This is real patriotism, not the loud,  flag waving, MAGA-hat wearing charade on display at Trump rallies.  We should all be grateful that senior military leaders, as well as graduates of the United States Military Academy, are finding the courage to speak out.  This is a moment in our history when speaking out is essential.

A Letter to the West Point Class of 2020, from fellow members of the Long Gray Line

You are beginning your careers at a tumultuous time. More than 110,000 Americans have died of COVID-19, more than 40 million are unemployed, and our nation is hurting from racial, social and human injustice. Desperation, fear, anxiety, anger, and helplessness are the daily existence for too many Americans. These are difficult times, but we are confident you will rise to the challenge and do your part as leaders in our Army.

Like the classes before you, the Class of 2020 comes with varied life experiences from across America and beyond. You represent the country’s diversity of race, ethnicity, identity and beliefs. Your West Point journey has led you to this moment when, with right hands raised, you take an oath “to support and defend the Constitution of the United States against all enemies, foreign and domestic.” This oath has no expiration date. The burden of responsibility and accountability will both weigh on and inspire you for your entire life. Oaths are solemn, public promises with significant meaning and moral gravity. When they are broken, the nation suffers.

The oath taken by those who choose to serve in America’s military is aspirational. We pledge service to no monarch; no government; no political party; no tyrant. Your oath is to a set of principles and an ideal expressed in the Constitution and its amendments. Our Constitution establishes freedom of the press, of assembly, of religion, of equal protection under the law regardless of race, color, or creed — we cannot take for granted these freedoms that are but dreams in too many nations around the world.

By accepting your commission, you incur a moral purpose and obligation to provide for the common defense. In doing so you enable the nation to fulfill the full range of its aspirations. Today, our Constitutional aspirations remain unfulfilled.

The abhorrent murder of George Floyd has inspired millions to protest police brutality and the persistence of racism. Sadly, the government has threatened to use the Army in which you serve as a weapon against fellow Americans engaging in these legitimate protests. Worse, military leaders, who took the same oath you take today, have participated in politically charged events. The principle of civilian control is central to the military profession. But that principle does not imply blind obedience. Politicization of the Armed Forces puts at risk the bond of trust between the American military and American society. Should this trust be ruptured, the damage to the nation would be incalculable. America needs your leadership. 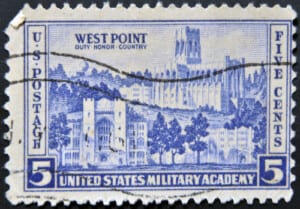 Your commitment to your oath will be tested throughout your career. Your loyalty will be questioned, and some will attempt to use it against you. Loyalty is the most abused attribute of leadership. Weak or self-serving leaders will emphasize loyalty over duty under the guise of “good order and discipline.” Unfortunately, some will make a Faustian bargain and endeavor to please their commanders and advance their own careers rather than take care of soldiers, sailors, airmen, and Marines in combat — which is not just a problem, it is a disgrace. America needs your leadership.

We, a diverse group of West Point graduates, are concerned. We are concerned that fellow graduates serving in senior-level, public positions are failing to uphold their oath of office and their commitment to Duty, Honor, Country. Their actions threaten the credibility of an apolitical military. We ask you to join us in working to right the wrongs and to hold each other accountable to the ideals instilled by our alma mater and affirmed by each of us at graduation.

Your West Point education is both a profound gift and a sacred obligation. Our Nation has invested in you and entrusts you with demonstrating the values we expect of our leaders. They rightfully expect some return on that investment. You have the support of the entire nation as well as the heartfelt bonds of our alma mater.

It is imperative that West Point graduates work daily to serve as “leaders of character.” When leaders betray public faith through deceitful rhetoric, quibbling, or the appearance of unethical behavior, it erodes public trust. When fellow graduates acquiesce to bullying, and fail to defend honorable subordinates, it harms the nation and the Long Gray Line. When fellow graduates fail to respect the checks and balances of government, promote individual power above country, or prize loyalty to individuals over the ideals expressed in the Constitution, it is a travesty to their oath of office.

On the eve of your graduation and joining the Long Gray Line and the Army officer corps, we, the undersigned, are resolute in our efforts to hold ourselves accountable to the principles of Duty, Honor, Country in selfless service to the Nation. We will not tolerate those who “lie, cheat or steal.” We pledge to stand for the sacred democratic principle that all are treated equally, and each person has the right to life, liberty, and the pursuit of happiness. This is not about party; it is about principle. Our lifetime commitment is to the enduring responsibility expressed in the Cadet Prayer: “to choose the harder right instead of the easier wrong, and never to be content with a half-truth when the whole can be won.”

Members of the Class of 2020, welcome to the Long Gray Line. We believe in you. We support you. As your lifetime journey of service begins, we pray that your class motto, “With Vision We Lead,” will prove prophetic. America needs your leadership.